💡 This feature is available in release v2.5.0 or greater.

Ondat Topology-Aware Placement (TAP) is a feature that enforces placement of data across failure domains to guarantee high availability.

Ondat TAP uses default labels on nodes to define failure domains - for instance, an Availability Zone. However, the key label used to segment failure domains can be defined by the user per node. Lastly, Ondat TAP is an opt-in feature per volume.

Ondat’s Topology-Aware Placement attempts to distribute sensitive data across different failure domains. Hence, a primary volume and its replicas are scattered across failure domains - that is implemented following a best effort algorithm.

It is the user’s responsibility to rebalance the data when the failed domain has recovered its availability. That can be achieved by recreating the replicas of a volume.

💡 Future versions of Ondat will facilitate the procedure by allowing a volume drain.

Deploying a stateful application on a clusters with multiple nodes without Ondat TAP enabled can result in suboptimal placement for high availability. Not enabling Ondat TAP can cause following problems: 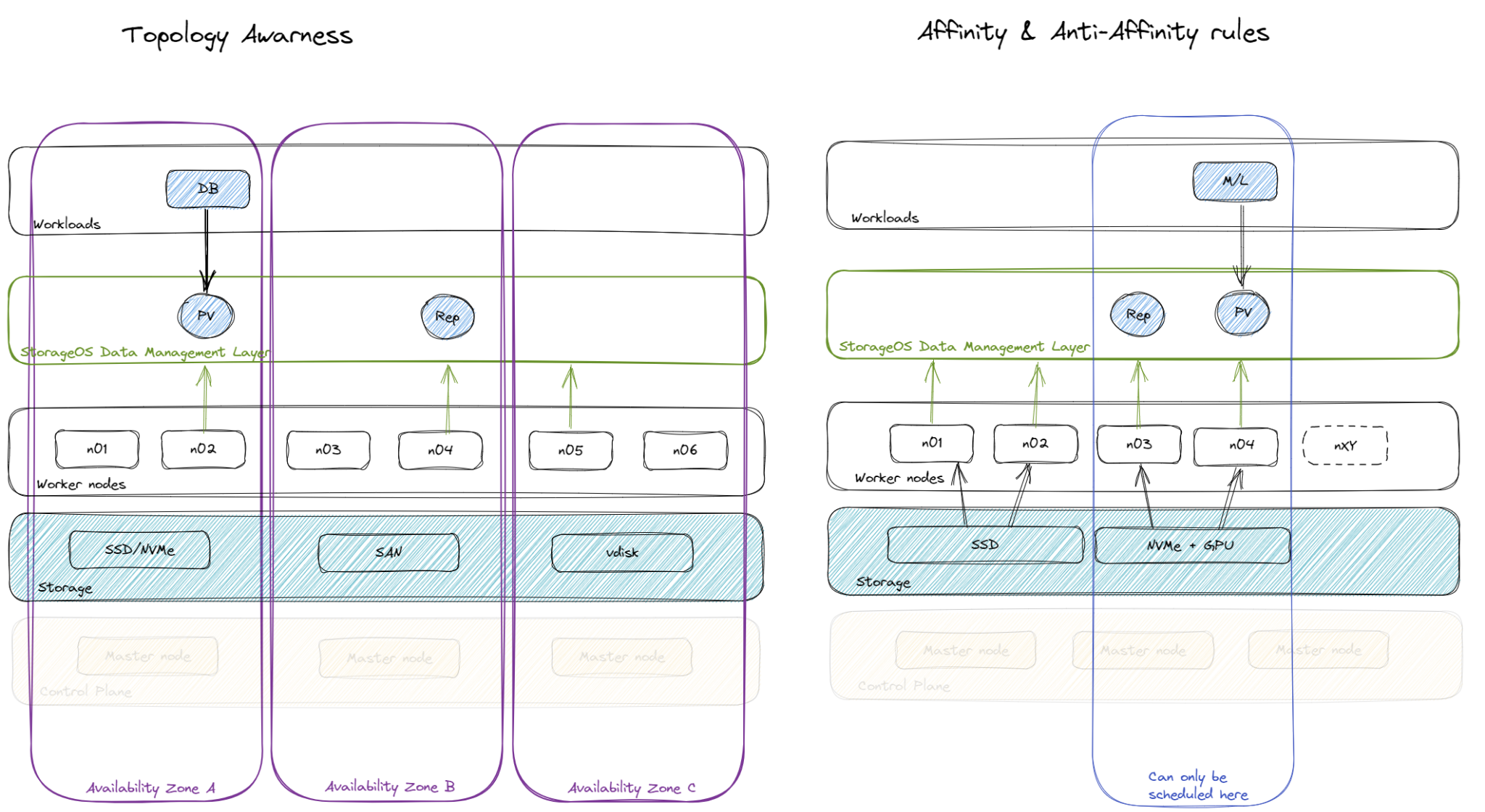 Topology-Aware Placement can be enabled by applying the label storageos.com/topology-aware=true to a PVC or as a parameter of its StorageClass.

A topology domain is a set of nodes. The domain is identified by a label, which can be defined by the user.

Failure modes are a complimentary feature of the Topology-Aware Placement functionality. Failure modes allow you to define how many replicas of a volume can become unavailable before the volume is marked as read-only.

For example, assuming that your cluster has three topology zones, A, B and C, and your deployment has a master and two replicas, Ondat will attempt to place one volume in each topology zone.

The soft failure mode will not tolerate the failure of multiple replicas at once, and will suspend I/O operations in this case.